Diabetes Mellitus is a condition that occurs when your pet's body can not use a type of sugar called glucose. 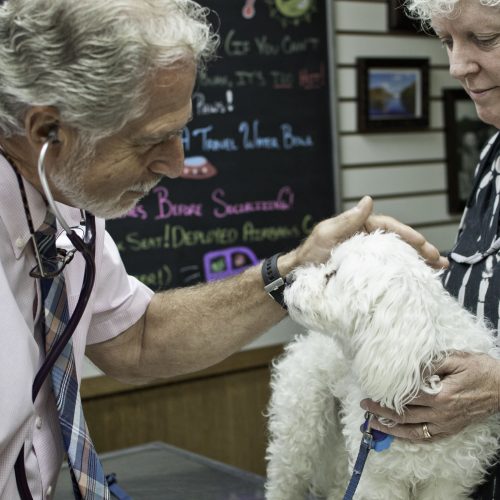 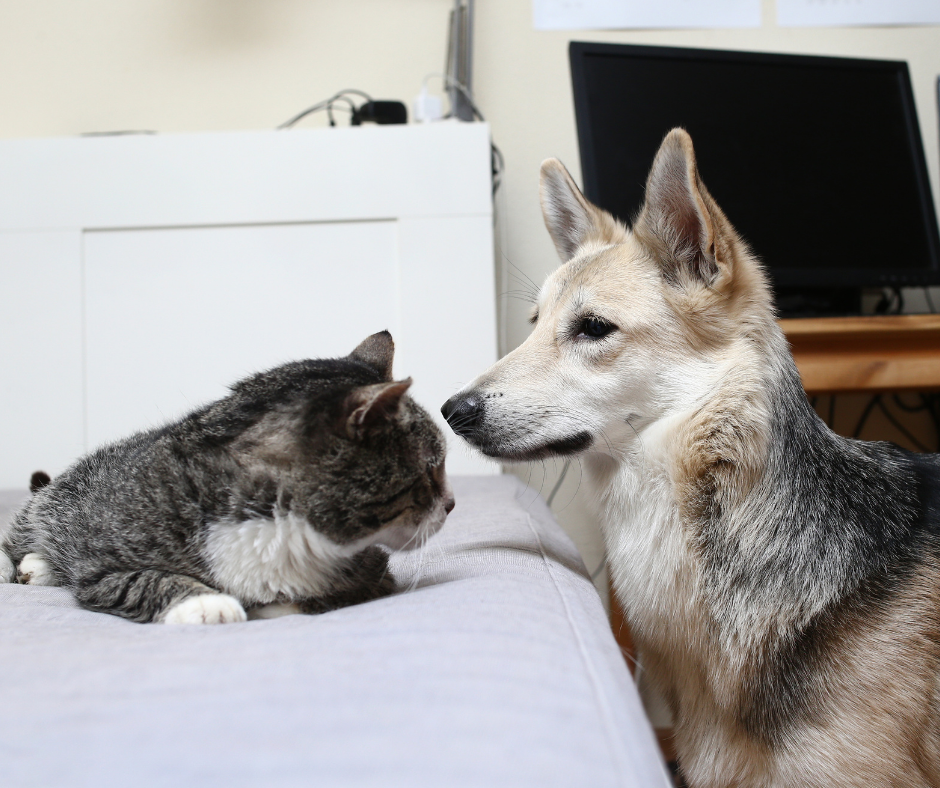 Learn more about how to manage your pet's diabetes.

Like diabetes in humans, this disease occurs in pets when there is not enough insulin (a hormone made in the pancreas) in the cat or dog's body to balance out the glucose in the their diet. Normally, food is broken down during digestion and the resulting glucose enters the bloodstream. Insulin is then released to regulate the blood's glucose levels. If your cat or dog isn't producing enough or any insulin, he or she will become diabetic. And if too much glucose builds up in his body due to the lack of insulin, it can become dangerous and even fatal.

Since diabetic pets do not get enough glucose transported into the body’s cells, cells can't function normally and tissues become starved for energy. Over time, lack of glucose causes the body to breakdown fat and muscle tissue.

The less common Diabetes Insipidus is a rare endocrine disorder that is treated with hormones and a low salt diet. A pet with this condition will be under the care of a specialist and isn't who we commonly think of when discussing veterinary diabetes.

Diabetes in a dog or cat can occur at any age, making regular wellness visits an important part of early detection.
2

Diabetes in a dog or cat can occur at any age, making regular wellness visits an important part of early detection.
3

How Diabetes is Treated

Your pet’s treatment plan will vary depending on a few factors, including the severity of symptoms, concerns present in lab results, and if there's any other ongoing health issues that could complicate therapy. Each plan is tailored to the individual cat or dog and will be adapted and adjusted throughout the rest of their life.
4

Pets that are very overweight may have “insulin resistance” meaning that insulin therapy is less effective and higher doses are needed to manage their diabetes. Getting an overweight diabetic pet down to a healthy weight is an important part of their treatment; in some cases, it may even result in no longer needing to take insulin injections.
5

What You Need To Know

There’s no question: Managing diabetes in pets requires a high level of commitment. For starters, they’ll need daily injections of insulin at regular times of the day to help regulate glucose (blood sugar) levels in their body. But it’s better than the alternative: When diabetes is left untreated, poisonous compounds called ketones can make a diabetic pet very sick and may even cause death.
6

Treating Diabetes at home can be tough for some pet parents, but we're always here to help!
7

Testing your pet's blood sugar: Make sure that your pet's ear is warm. If not, hold it between your hands for about one minute. Warming the earflap makes collecting a drop of blood easier. Quickly price a clean, hairless part of the ear with a sterile hypodermic needle or lancet. A small drop of blood will appear. Collect the drop onto the glucose test strip. Gently but firmly press a square of gauze bandage onto your pet's ear until it stops bleeding. Read the test strip or insert the sample into the glucometer as instructed.
8

Giving Your Pet Their Insulin

Giving your cat or dog their insulin is an important step in managing your their diabetes.
9

It's super important your learn how to properly prepare your pet's syringe.
10

Giving your pet their insulin injection is critical for their health so it's super important to understand how to properly administer them.
11

If your dog has insulin it's time to get used to administering their insulin for them,
12

If your cat is diabetic, you'll need to become comfortable with administering their insulin.
13

How to Safely Dispose of Used Sharps

If you or your pet is diabetic, it is super important to understand how to properly dispose of your previously used sharps.
14

Where to Dispose Needles

Keep in mind that when you or your pet is diabetic you'll need to know where to properly dispose of needles.
15

If you browse through the Brook Farm Pharmacy, you'll notice a variety of scientific diets for overweight pets.
16

Collecting Urine on a Male Dog

Collecting a urine sample from your male dog may seem foreign, we're here to help!
17

Collecting Urine on a Female Dog

Collecting a urine sample from your female dog may seem foreign, we're here to help!
18

Collecting Urine on a Cat

Collecting a urine sample from your may seem impossible, we're here to help!
19

Testing your cat's urine is an important process you'll want to fully understand when owning a diabetic cat.
20

How to Test Your Dog's Blood Glucose at Home

Part of having a diabetic dog is understanding how to test your dog's blood glucose at home.
21

How to Test Your Cat's Blood Glucose at Home

Part of having a diabetic cat is understanding how to test your cat's blood glucose at home.
22

The Brook Farm team has over 35 years of experience in managing chronic health conditions in pets. As an American Animal Hospital Accredited facility, we are always up to date on the latest scientific developments and treatments available. We understand the unique needs and concerns facing a family with a diabetic cat or dog and our goal is give your furry family member the most compassionate and efficient quality care.
23

When to Call the Brook Farm team

We're just a call away and are happy to help!
24

Diabetic pets can live full, long lives, especially if the disease is caught early and treated well. Lifestyle changes may be needed but it's important to stay positive; exercise can be a bonding time for just you two.
25

Home monitoring is an essential part of caring for a diabetic cat.
26

Home monitoring is an essential part of caring for a diabetic dog.
27

Help us determine your pet's blood glucose without the added stress of leaving home.
28

Giving Insulin To Your Dog

Administering insulin is an important step in managing your dog's diabetes.
29

Giving Insulin To Your Cat

Administering insulin is an important step in managing your cat's diabetes.

At Brook Farm, we're dedicated to bringing extraordinary care and compassion to pets. 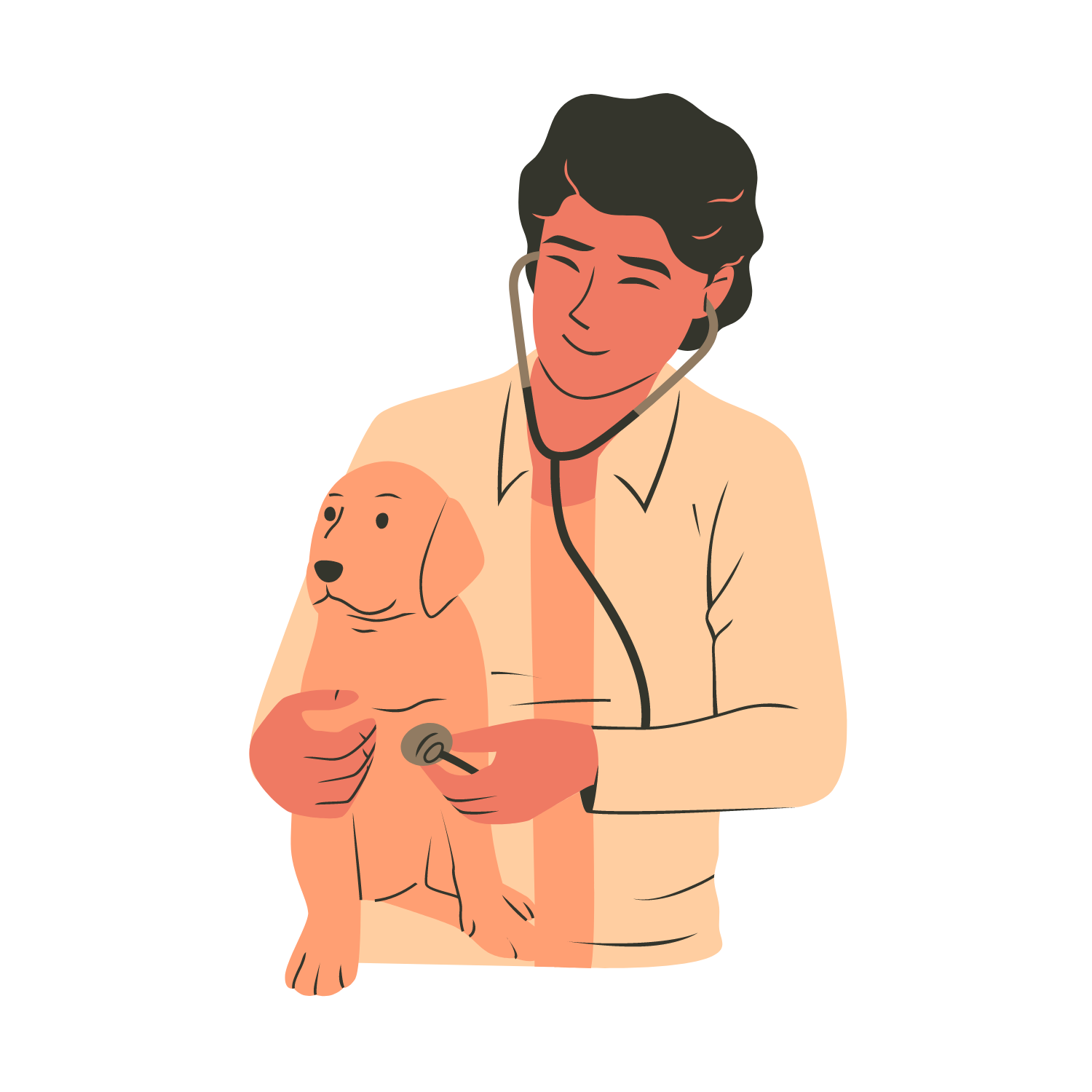 Your pet's health, in the palm of your hand.